No matching search results found.
What drives us 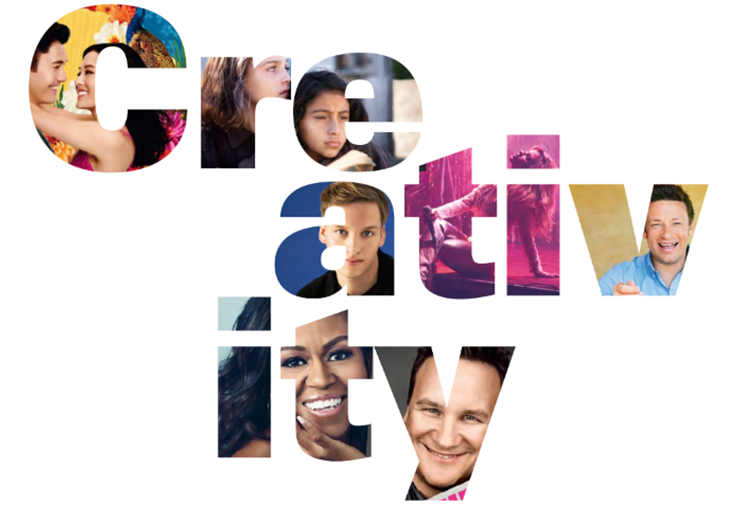 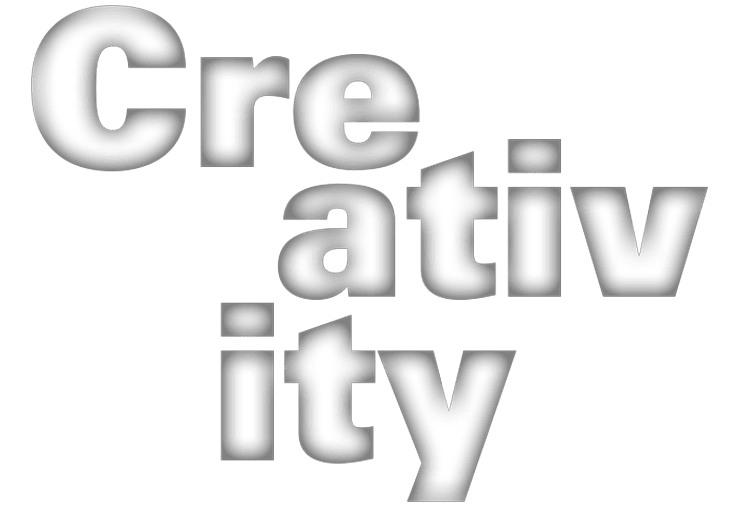 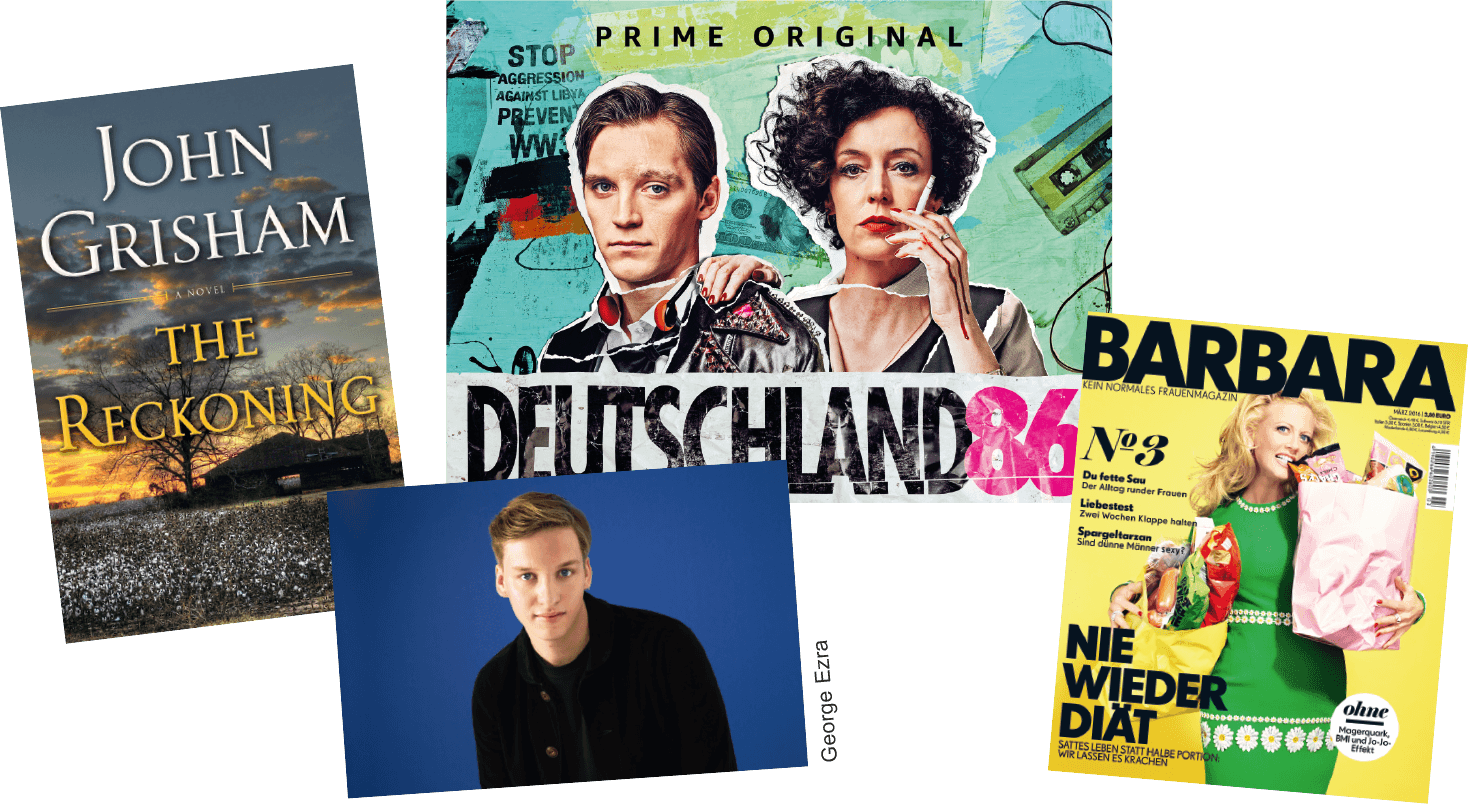 Bertelsmann’s creative offering is comprehensive and extensive: Enormous diversity meets global reach. Every day, Bertelsmann reaches more than one billion people worldwide with its content, brands and formats. In 2018, the Group spent €5.4 billion on creative content including films and TV programs, books, quality journalism, and music. “Bertelsmann places creativity at the center of its value creation and corporate culture. As Europe’s largest media company, high-quality content forms the heart of our business,” says Bertelsmann Chairman & CEO Thomas Rabe. In the coming years, spending on creative content is expected to rise to around €6 billion, so as to captivate and inspire even more people. 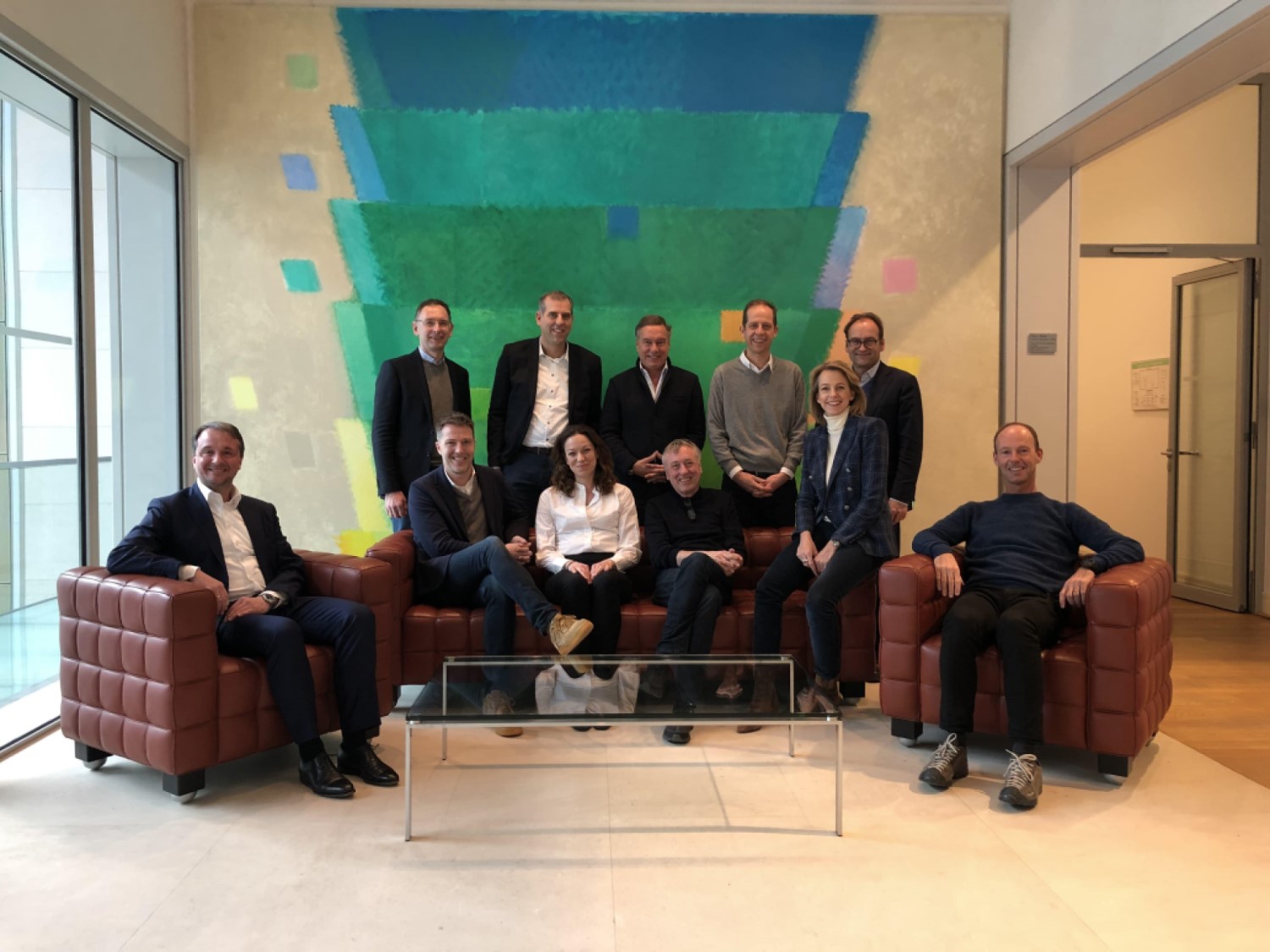 Bertelsmann bundles its creative content businesses in Germany in the Bertelsmann Content Alliance. Led by Gruner + Jahr CEO Julia Jäkel, experts from RTL Group, Verlagsgruppe Random House, G+J and BMG join forces to develop and market joint formats across all media genres. For instance, a musician signed to BMG can be inspired to collaborate on a biography, a fan magazine or a television show, all produced within the Group. Such cross-media collaborations already exist – like the award-winning Vox series “Der Club der roten Bänder” (“The Red Band Society”), based on a book by Albert Espinosa that was published by Goldmann. The Bertelsmann Content Alliance will take this to a new level in the future – an exciting prospect for creative minds. 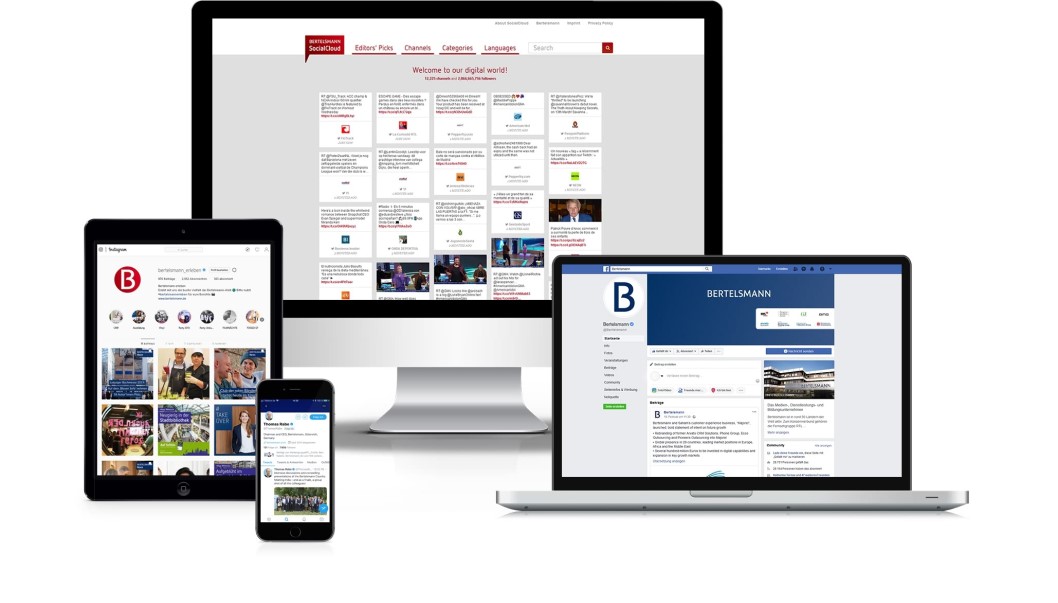 The Group’s collective social media reach continued to rise rapidly in 2018 – to 2.8 billion followers on more than 12,000 channels. The channels are combined in the Bertelsmann Social Cloud, where filters can be used to sort and search the posts and tweets. It is also possible to search by the activities of individual platforms. Bertelsmann’s corporate channels surpassed the five million viewer mark for the first time in 2018. Instagram’s popularity in particular is having a positive effect: Reach and interactions tripled year-onyear, and the number of followers has more than doubled. Likewise, Twitter and LinkedIn experienced dynamic growth in 2018. Thanks to targeted activities, the number of followers on LinkedIn doubled, and the positive development on Twitter shows that concise, up-to-date information is still in demand in a business context. 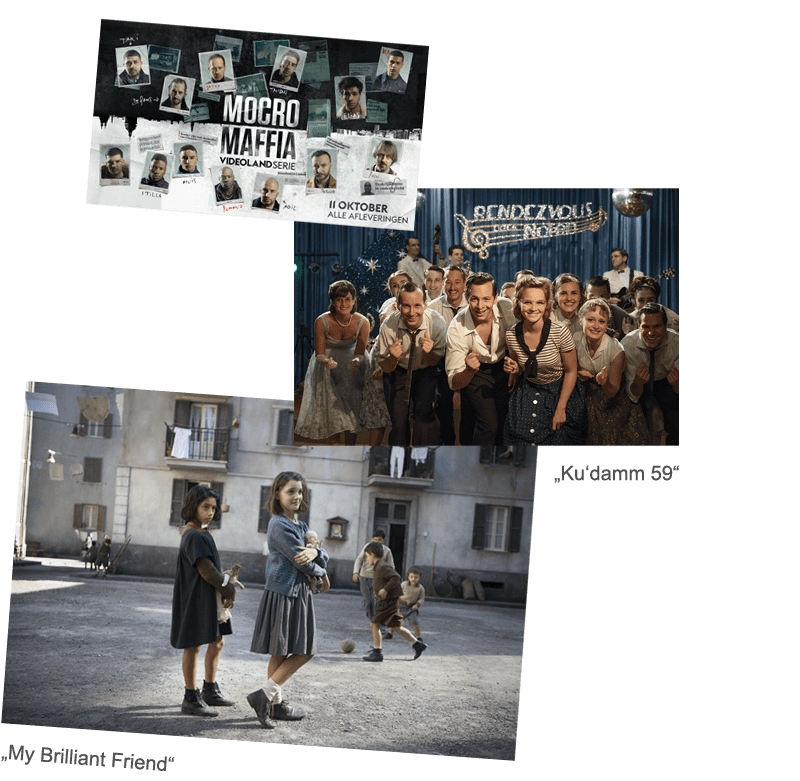 “My Brilliant Friend” was one of Fremantle’s most important drama productions of 2018. The RTL Group company transformed Elena Ferrante’s global bestseller into a series that stood out among a broad range of quality productions. The emotional story of two friends growing up in 1950s Naples – where they experience many girlhood dreams come true, but also the everyday hardships of living in poverty – was sold to 147 territories. The US cable network HBO and the Italian public broadcaster RAI have already announced that there will be a second season. In Germany, the UFA series production “Ku’damm 59” is a huge success with regard to audience share and distribution; the episodes of the series were streamed six million times on ZDF Mediathek, the public broadcaster’s on-demand platform, alone. RTL Nederland’s streaming service Videoland also had a major success with the crime series “Mocro Maffia.”

“Becoming” – Straight to Number One on the Bestseller Lists 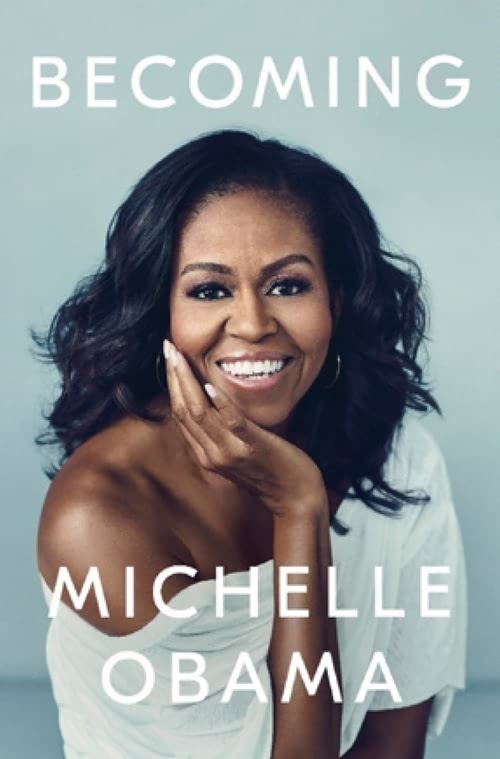 Michelle Obama’s memoir “Becoming” was probably the most anticipated title of 2018 – and it lived up to expectations: Upon its simultaneous international publications in mid-November, the book soared to the top of the bestseller lists in the world’s leading book markets, and was ranked as the bestselling book of the year in the United States, Germany and other countries. In “Becoming,” the former First Lady of the United States tells her personal story for the first time, with her reflections on the experiences and events that have shaped her, from her childhood to her years in the White House.

Mrs. Obama’s book tour of major venues in America and London quickly sold out. She was voted America’s “Most Admired Woman” in a December Gallup survey. Her memoir’s international success is also impressive evidence of Penguin Random House’s global publishing reach: Under the lead management of its Crown Publishing US division, the book was simultaneously launched in 31 languages, and sold more than seven million copies in print, electronic and audiobook formats by the end of the year. Obama fever continues in 2019, as she has extended her book tour to major arenas in cities across North America and Europe.

Personality Magazines on the Up and Up 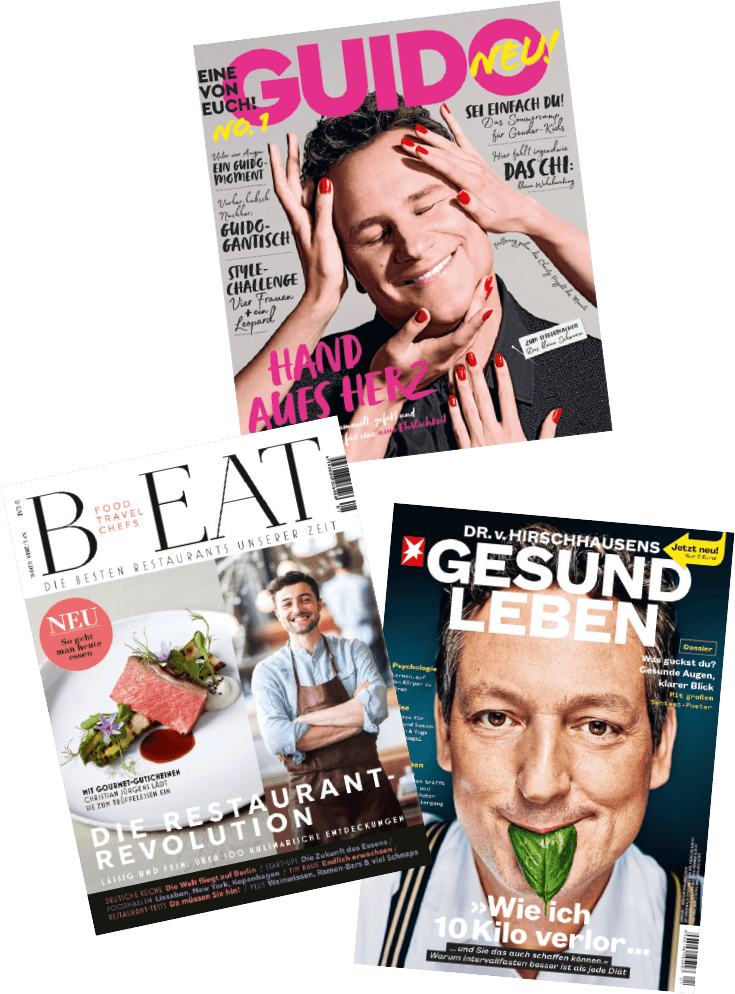 Magazines by and with famous people offer identification and a very special approach to the reader. Following up on the success of “Barbara,” Gruner + Jahr launched several new personality magazines in 2018. “Guido,” a magazine featuring the popular star designer Guido Maria Kretschmer, sold more than 200,000 copies of its premiere issue. Women in particular love it. For “Dr. v. Hirschhausen’s Stern Gesund Leben,” G+J brought the famous doctor and comedian Dr. Eckart von Hirschhausen on board. “JWD,” by and with presenter Joko Winterscheidt, as well as “Boa” with the trend-setting football star Jérôme Boateng, also attracted numerous fans and enriched the men’s lifestyle segment. G+J also lived up to its reputation as an innovative publishing house with new launches such as the food magazine “B-Eat” and the magazine “Die Höhle der Löwen,” which ties in to the eponymous TV show (Germany’s “Dragons’ Den”).

The demand for marketing campaigns across all media genres is increasing. With this in mind, the Ad Alliance has pooled the advertising sales expertise of IP Deutschland, G+J eMS, Smartclip and Spiegel Media since 2016. Together, Bertelsmann’s ad sale houses can reach up to 99 percent of the population in Germany with their various campaign modules. Successful examples include the 2018 marketing of Vox’s start-up show “Die Höhle der Löwen” (“Dragons’ Den”), which was extended to include print advertising in a new G+J magazine of the same name, and the cross-media presentation of a German perfume brand. The campaign included classical TV advertising on RTL Television, addressable TV, online and print advertising and advertorials in the magazine “Grazia,” as well as social media, a launch event and product placements of the perfume in RTL Television’s series “Gute Zeiten, schlechte Zeiten” (“Good Times, Bad Times”). 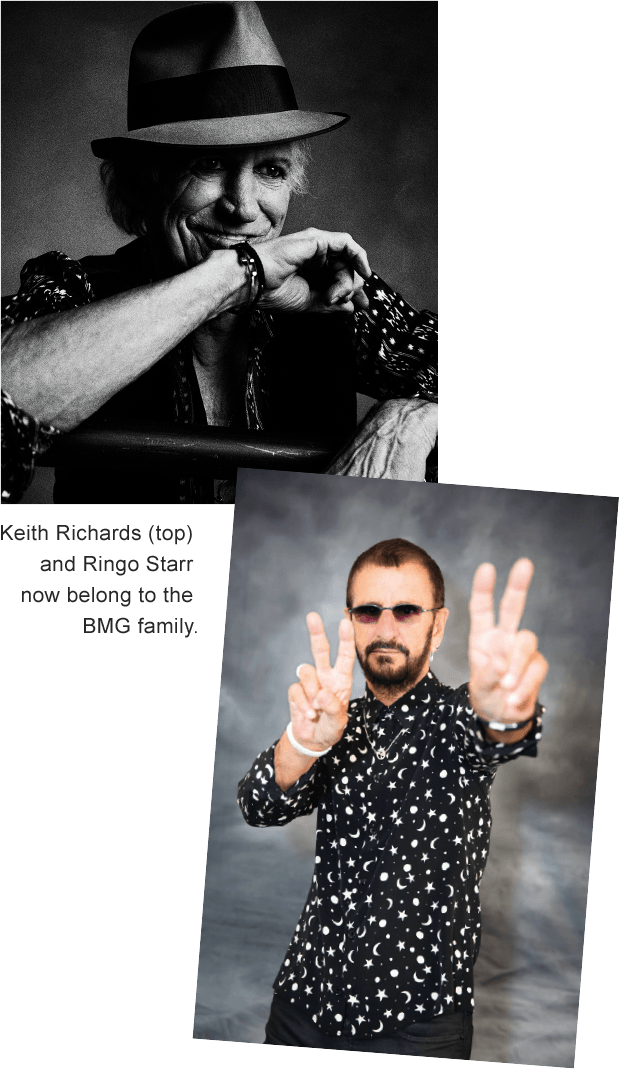 BMG has long pursued a distinctive repertoire strategy focused on established and legendary songwriters and artists. In April 2018 that resulted in the company signing a deal to represent the song catalog of Ringo Starr, who has written more than 150 songs during his long, extremely successful musical career, including Beatles classics such as “What Goes On” and “Octopus’s Garden,” as well as solo hits such as “It Don’t Come Easy” and “Back Off Boogaloo.” In November 2018, Keith Richards signed a deal with BMG to bring his solo-recordings catalog to the company, bringing together his 1987 debut single and four solo albums. His publishing has been represented by BMG since 2013. In 2018, BMG’s long-term music publishing relationships were also extended with with Yusuf a.k.a. Cat Stevens and Lenny Kravitz. 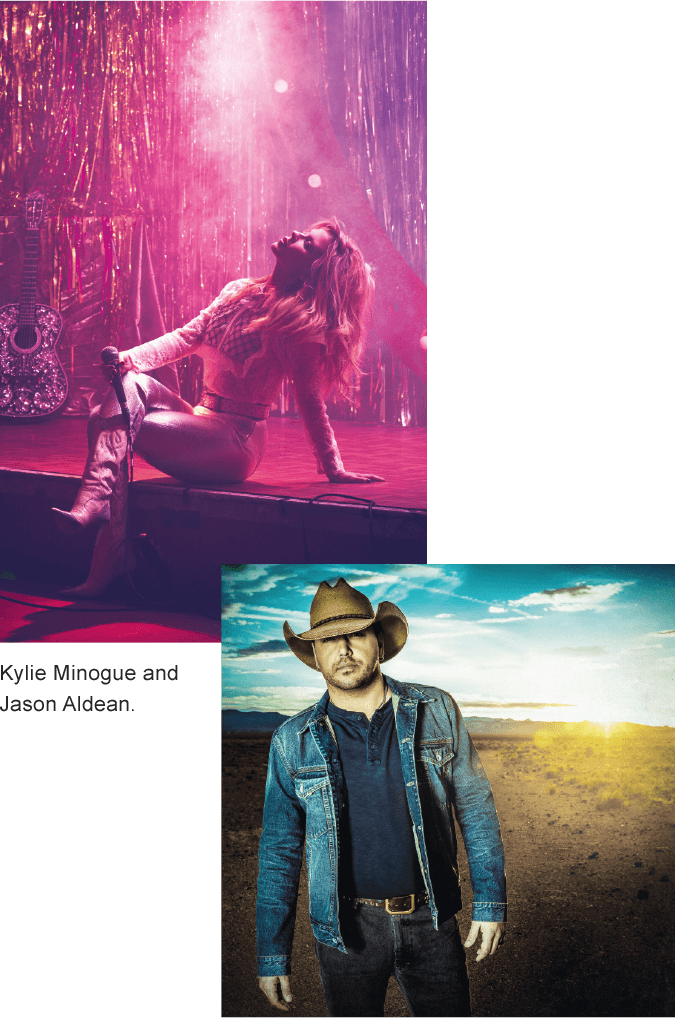 Supported by creative marketing campaigns, numerous BMG artists celebrated number-one successes with their singles and albums during 2018. They included pop queen Kylie Minogue and her 14th studio album, “Golden,” which debuted at number one on the UK albums chart. The record was the first to be released by BMG since the multiplatinum singer signed to the company in 2017. Another chart-topper in 2018 was country superstar Jason Aldean’s album “Rearview Town.” The album debuted atop the US Billboard 200 chart, scoring another number-one album for BMG and BBR Music Group, which was acquired in 2017. With a unique, purely digital campaign, recording artist, songwriter and performer Lil Dicky’s single “Freaky Friday” scored BMG’s first British number-one single and generated more than a billion streams worldwide.